Approximately 75% of recently emerging infectious diseases affecting humans are diseases of animal origin; approximately 58% of all human pathogens are zoonotic.

Diseases that are caused by pathogens with the ability to infect both humans and animals are known as zoonotic diseases, which literally means “disease from animals.” We will focus on zoonotic diseases in which wild animals play an important role as a reservoir and/or a vector for the pathogen. For some of these diseases, livestock or companion animals (i.e., pets) are often involved and may serve as a bridge that allows a pathogen of wildlife to infect people. That is, livestock may become infected from a wildlife source, and humans become ill from the infected livestock, etc.

Diseases can be divided into three groups: 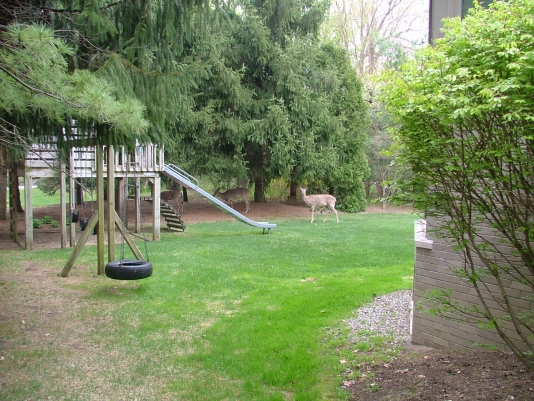 There are many elements that link humans to the natural world and to wildlife species in particular. Humans and wildlife share the same basic needs and challenges: securing food and shelter, avoiding predators and rivals, seeking safety, and making sure that their children survive and prosper. Humans and wildlife share the same world, environment, and habitat. Historically, people viewed human habitat — the rural, suburban, and urban areas where humans live and work — to be separate from wildlife habitat. Wildlife habitats were those areas that humans had set aside for them. This might be as small as a patch of cover on a farm or as large as a national park or national forest.

This dichotomy of human habitat (i.e., human-dominated areas) and wildlife habitat was always an illusion because both humans and wild animals are mobile. Instead, human development is constantly expanding into many new areas, and people are hiking and camping in the most remote parts of North America. Likewise, wild animals are moving into towns and cities. Today, even our biggest cities have large and growing populations of wildlife, including Canada geese, deer, raccoons, and coyotes. The end result of this two-way movement of people and wildlife is a closer association of humans and wild animals.

One of the most unfortunate consequences of this close association is the opportunity for humans and wildlife to share pathogens. Each year, zoonotic diseases sicken hundreds of millions of people across the world and tens of thousands in the United States and Canada. Too often, these diseases prove deadly. Zoonotic diseases also are a major impediment to the lofty goal of ending world hunger. Millions of poultry and livestock are killed annually by zoonotic diseases. These losses are felt most by the poor who are forced to forego animal protein in their diets.

Most (72%) zoonotic diseases are caused by pathogens of wildlife origins. These diseases are a great concern because it typically is not possible to eradicate a disease if a wildlife species serves as a reservoir host. For example, two of mankind’s deadliest pestilence — plague, which was called the Black Death during the Middle Ages, and typhoid, which killed millions during World Wars I and II — have been eliminated in most parts of the world due to the advances of modern medicine.

Today, they are usually limited to the most impoverished places, such as war-torn areas or refugee camps. There is, unfortunately, one exception to this pattern — they also occur in the United States. They occur in the United States not due to shortcomings in the country’s public health agencies but rather because these diseases have spread to North American wildlife (i.e. typhus circulates in flying squirrels and plague in rodents and other wild mammalian species).

WILL THE NEXT PANDEMIC BE CAUSED BY A ZOONOTIC DISEASE?

There was great confidence during the second half of the twentieth century that the widespread use of antibiotics and vaccinations would allow humans to eradicate infectious diseases. That confidence, unfortunately, was misplaced. Rather than decreasing, there has been a resurgence of infectious diseases since 1950. This increase can be attributed to: 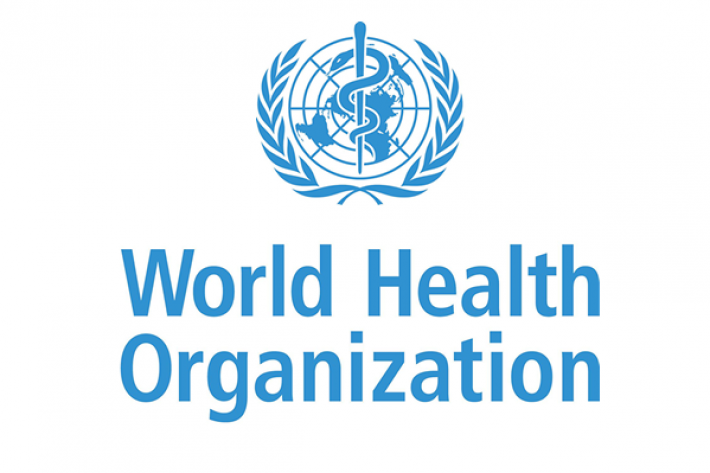 Since 1950, there have been hundreds of events involving emerging infectious diseases (EIDs) that threaten human health on a global scale. These EID events include newly evolved strains of pathogens, such as drug-resistant strains, pathogens that recently developed the ability to infect humans and cause disease, and historical pathogens of humans that recently became more infective, prevalent, or deadly. Most of the EID events involved zoonotic pathogens. Surprisingly, these EID events were not concentrated in the tropics or in developing countries. Instead, they were concentrated in temperate regions and developed countries. The EID hot spots were the United States, Western Europe, Japan, and south-eastern Australia. The apparent reason for this global pattern is that the frequency of zoonotic EID events increases in areas with high human and wildlife densities. The World Health Organization (WHO) maintains the Global Outbreak Alert and Response Network to monitor disease outbreaks of international importance. During 2012 and 2013, the network reported outbreaks of Lassa fever, Marburg hemorrhagic fever, Rift Valley fever, dengue fever, ebola, cholera, polio,  yellow fever (YF), influenza A (H7N9), avian influenza, and Middle East respiratory syndrome coronavirus.

In the past, mankind has been plagued by deadly pandemics, which killed a substantial proportion of the human population. One of the most severe was the Spanish influenza a century ago that killed between 50 and 100 million people across the world. Public health agencies and epidemiologists have warned that the question of a deadly pandemic occurring is not if but when such a pandemic will begin. Pandemics are more likely to occur when either of these two events happens:

Many epidemiologists believe the second event is more likely to occur and to be more deadly because humans will not have developed any immunity against a pathogen that had not caused a human disease previously. This type of event started the Spanish influenza pandemic—its causative agent was an avian influenza virus that developed the ability to infect humans.

WILL THE NEXT ANIMAL EXTINCTION BE CAUSED BY A ZOONOTIC DISEASE? 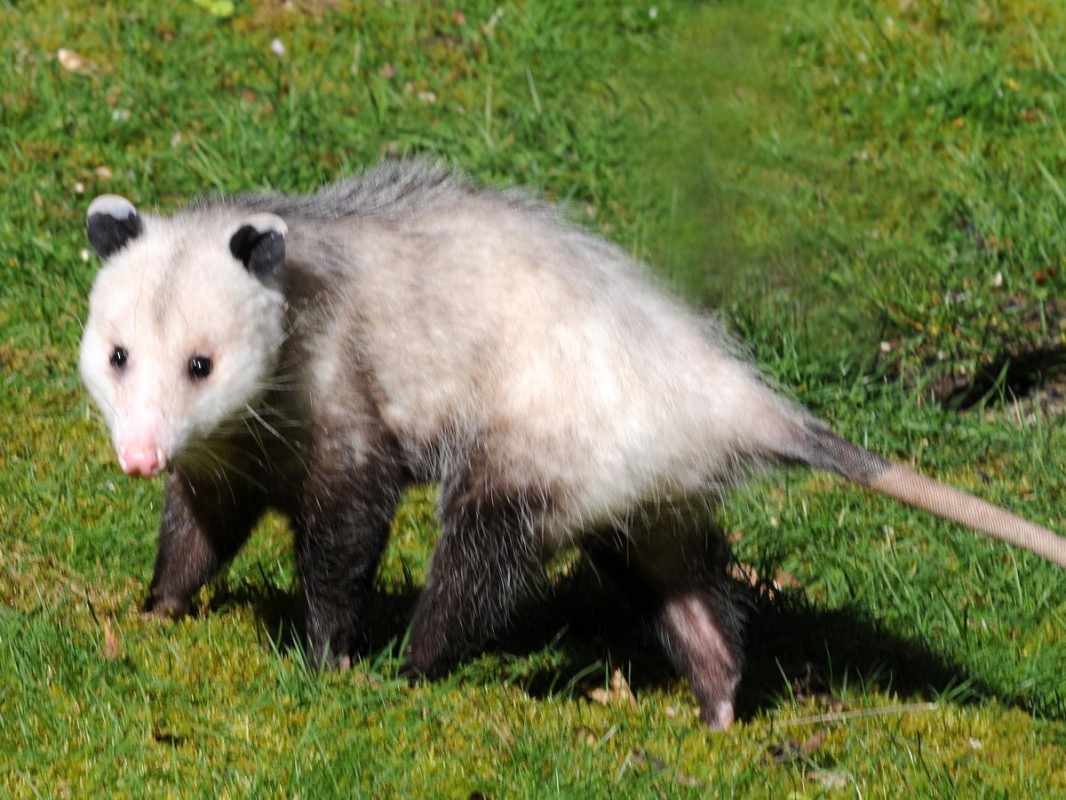 Humans are not the only species that are threatened by zoonotic diseases — wild animals are also victims. Zoonotic diseases are a major source of mortality in many avian and mammalian species. Sometimes, these diseases attract popular attention when they result in massive die-offs, killing thousands of animals at one time; more insidious is the daily mortality of animals, which fails to attract public attention. Too often, humans only realize the loss when enough animals have died that the species is threatened with extinction. For instance, the black-footed ferret in North America was almost driven to extinction, in part, due to plague killing ferrets directly and eliminating their food (prairie dogs). The eradication of the Allegheny woodrat from some parts of North America, owing to raccoon roundworms, offers yet another example.

A disease is more likely to eradicate a wildlife population or drive a species to extinction when one or more of the following conditions exist:

The pathogens responsible for zoonotic diseases infect wild animals, domestic animals, and humans. Because of this, a multitude of scientific disciplines are germane to the topic of zoonotic diseases. To name a few, medical science is the study of human disease, veterinary science is the examination of animal diseases, bacteriology and virology are the studies of pathogens, epidemiology is the scrutinization of disease patterns, entomology is the study of insect vectors, biology is the study of host populations, psychology is the examination of human behavior, and sociology is a study that focuses on human society. This diversity of disciplines can hinder the ability to develop a coordinated response to the threat posed by a zoonotic disease. The “One Health” approach was developed to address this issue. It recognizes that improving the health of wildlife, livestock, and companion animals will enhance human health by reducing human exposure to pathogens. There are numerous examples of how the risk of humans becoming ill can only be reduced by eliminating or controlling the pathogen in wildlife population. Some of the more common wildlife diseases in North America include:

For more information on any of the above go to:  www.cdc.gov/ and search ‘Zoonotic Diseases’.

For more detailed information on this subject, Critter Control highly recommends what we consider the definitive new book on: