Fortunately, Michigan is not home to many venomous snakes, but snakes are still loathed by many homeowners. Unfortunately, many people are still upset by the mere presence of snakes, especially near their homes. If you spot a snake, even a garter snake, we can help! Call Critter Control of Traverse City at 231.238.3553 or visit us online here.

Getting Rid of Snakes 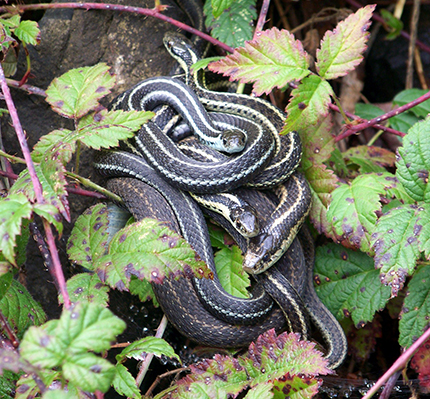 nakes are found throughout the United States, and Traverse City is no exception. They vary in size and color and most snakes are not venomous. Snakes are cold-blooded reptiles that need sunlight in order to regulate their body temperature. Snakes prefer to live near streams, lakes, or ponds, due to the steady amount of food.

Even though certain species of snakes are not venomous, all snakes have the capacity to harm both humans and domestic animals. They strike when cornered, which makes attempts to trap them dangerous. Critter Control wildlife specialists can safely and humanely remove problematic snakes from properties.

Our professionals are trained, equipped, and ready to keep members of the public safe by eliminating pestilential snakes.

Request a Quote
Snakes
Snakes in your home, garden or rock piles? Those slithering serpents are probably harmless. Critter Control can help you deal with snakes in a humane and rational way. If you see a snake and are concerned, call Critter Control and our trained technicians can oftentimes catch the snake if it is still there.
Call For A Fast & FREE Phone Estimate Today
231.238.3553
(No Cats & Dogs)